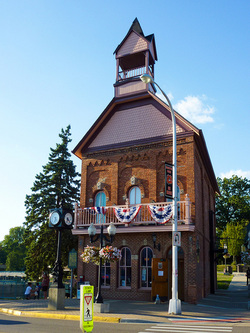 The Brighton Art Guild began in 1999 when a small group of artists and art supporters met at the Brighton District Library to discuss the formation of a visual arts organization for the Brighton area.

The goal was to benefit the artists and the community.  A decision was made to canvass the community to determine the interest in such an undertaking.

​Thirty artists attended the first open meeting in October 1999, and the Guild has met monthly since then.  In 2001, the Guild received 501(c)(3) non-profit tax-exempt status from the IRS.

Shown here is the City of Brighton Arts, Culture and History (CoBACH) Center at 202 W. Main in Brighton, where the Guild exhibits on the main floor and holds classes on the upper level.  Admission is free and hours vary.

General meetings are held on the first Wednesday of the month at the Brighton District Library at 6:30 p.m.  Please confirm meetings before attending, especially during holiday periods.